When we look at the big budget video games on the market built for expensive consoles and VR headsets we see incredible creations. These games have stunningly realistic graphics, immersive worlds and enough complexities in gameplay to keep people busy for days and weeks on end.

The music and sounds have also become just as important. Everything from voice acting to engaging orchestral scores help to build realistic and enrapturing experiences that take gamers to whole new worlds.

While AAA titles can afford to spend millions of dollars on photorealistic graphics that’s not necessarily true for a lot of smaller games that come out on the mobile and online markets. It’s these markets that now represent the bulk of the gaming industry, and some of the most interesting games.

According to reports from earlier this summer mobile gaming revenue has surpassed PC and consoles for the first time. And while browser games have in many cases given way to mobile adaptations, other forms of online gaming like casino games are also growing. These markets are comprised of smaller, simpler games that have to do more with less in order to gain and keep the attention of audiences.

It’s often background music and sound effects that help to set these games apart. One article pointing out all kinds of fun design resources for indie game developers said that a game quickly becomes boring when all you hear are sound effects, or nothing at all. Which is why music becomes so important for these titles.

This isn’t unique to mobile and online games, but these games tend to have a less to work with in terms of scope and budget. Design is of paramount importance. Think about what is going to have the biggest impression on you of the tons of smaller budget games available in the app store. It’s mostly likely the graphics and sound.

Some example titles that come to mind are The Room (a puzzle series that excels with subtle and creepy sounds), Super Mario Run (which made excellent use of an iconic soundtrack and effects), and The Trail (a narrative exploration game with a delightfully soothing score). Other mobile games have also excelled by using audio in ways that go beyond satisfying backgrounds.

A mobile game only with sound and no graphics at all 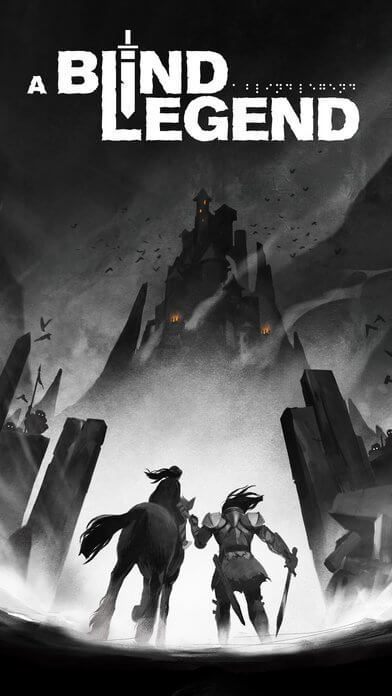 A little over a year ago we saw the emergence of a mobile game only with sound and no graphics at all. A Blind Legend asked players to close their eyes, put in headphones, and interact with their phones entirely according to audio instructions and indications.

If anything, the before mentioned casino gaming sites online may make even more crucial use of audio to attract the attention of players. It’s primarily digital versions of slot machines that are the biggest draw, and these games are inherently limited by what their formats. If they were to operate solely with the clinking and jingling sound effects one hears in an actual casino, the games would quickly get boring.

Instead, a thorough overview of gaming offerings by several of the top sites reveals a dynamic scope of themes. Game backgrounds range from using popular superheroes to employing licensed material from popular rock bands, always with the appropriate background soundtracks, music and effects. The visuals in these games are also appealing, but it’s the audio that keeps things exciting, engaging, and relevant to the theme material.

This is still a component of game design that doesn’t receive a lot of attention. Visuals are easier to discuss and define, and gameplay is ultimately the most important factor.

But when you engage with the most popular mobile and online games these days, you can usually recognize that it’s the music and sound effects beneath the surface of the game that are actually holding your interest. Great sound design can help redeem a game with poor graphics, but it takes a lot more to save a game with bad sound.

Scroll to top
We use cookies to ensure that we give you the best experience on our website. If you continue to use this site we will assume that you are happy with it!AgreePrivacy Policy